As a place for imparting Japanese culture and local area vitalization Shin-Sen-Gumi holds several events since their conception, such as the mochitsuki ceremony during the New Year’s holiday, Children’s Day, Father’s Day, Mother’s Day and more but most important event held is the “Summer Festival”. During the Summer Festival, various guests, entertainers and crew are flown in from Japan to enliven the festival. They’re excited to be able to bring back this special event, celebrating their 30th Anniversary with the community.

Purchase food and other goodies from more than 50 of the best Japanese vendors in Southern California! Everything from barbecue to street food will be available from our food vendors, all from your favorite local restaurants you know and love. For entertainment, we will be featuring amazing performers such as: Kirishima Kumen Taiko Preservation Society” Mayumi Hashimoto, Kazuma Tei, Yoshitaka Nogata (Chairman of Yamato Taiko Preservation Society, Honorary Chairman of Saga Prefecture Taiko Union, Chairman of All Kyushu Taiko Union), and lastly, Samurai Drums Monsters NOBUSHI on the main stage throughout the day!

They’re also bringing one of our annual events on this special day. They will be holding Kaedama/Extra Noodle Contest. The one who eats the most will win a grand prize of $1000! 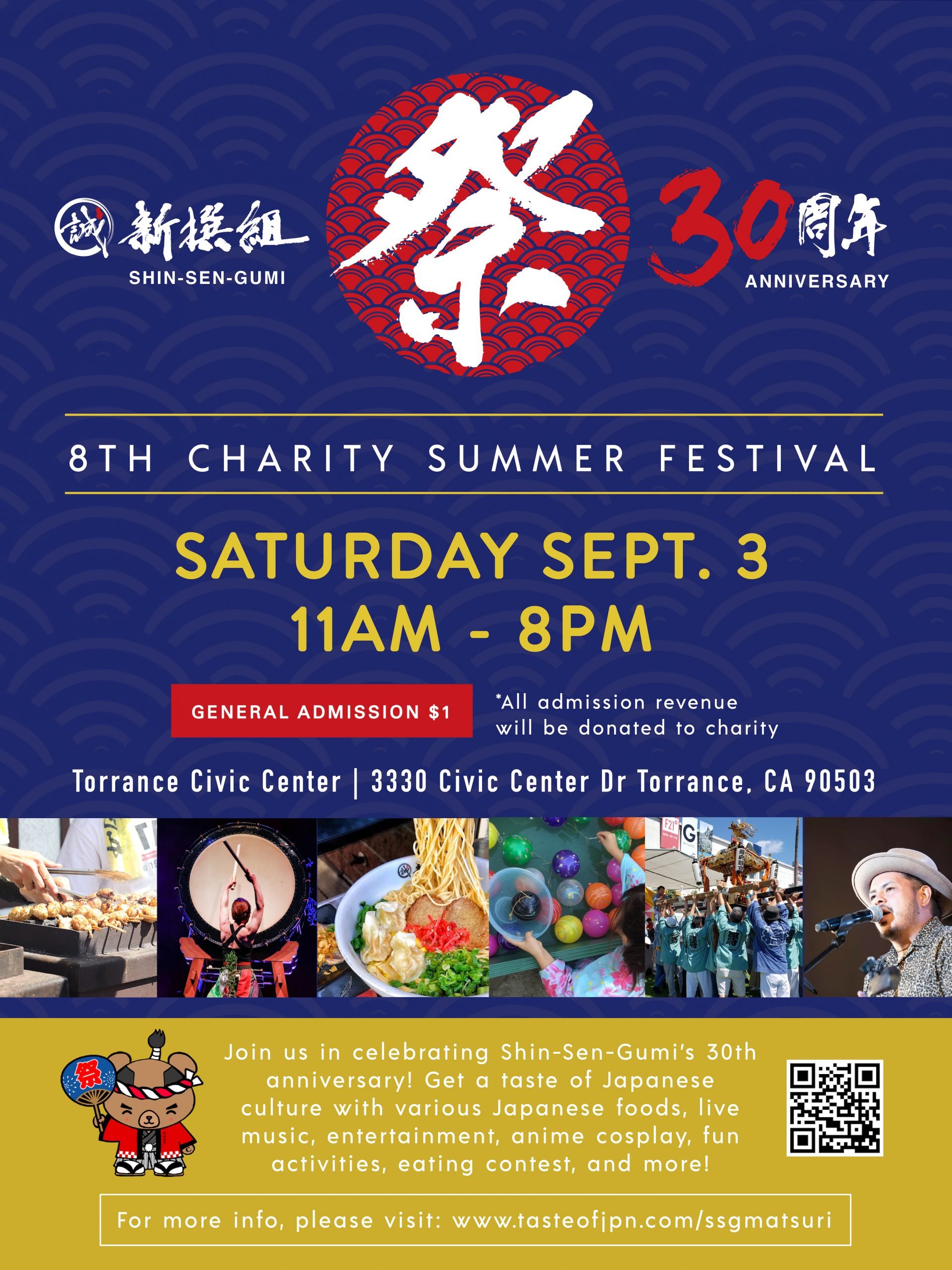