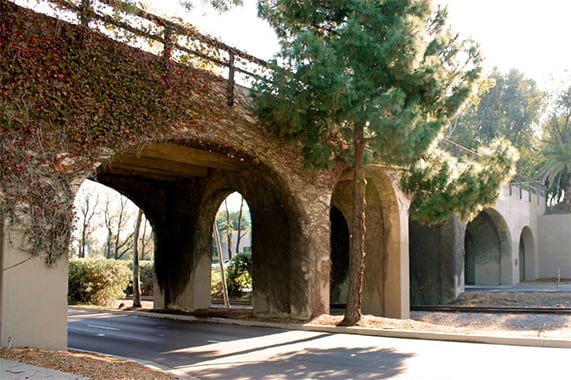 8. Torrance High School, 2000 Carson, First property in Torrance to be  placed on the National Register of Historic Places, U.S. Department of the Interior, 1983

12. Southern Pacific Railroad Bridge, Torrance Boulevard, west of Western Avenue. Designed by Irving Gill, architect in 1913. Second property in Torrance to be placed on the National Register of Historic Places, 1989. (plaque placed by the City of Torrance. We list this as number 12 even though the City placed this plaque.)

14. The Rocketship, Los Arboles “Rocketship” Park, 1960, Restored 1992. Additionally the Historical Society has placed a bronze bust and plaque of City founder Jared Sidney Torrance on the lawn of the museum.

*Demolished in 1994. Bas relief that was over the front door was saved from the wrecking ball and is mounted on the wall in a lovely setting.

We encourage you to take time to see these plaques. They have been placed for a variety of reasons: architectural value, role in the community’s growth or relationship to famous persons in Torrance history.

On these docent-led walking tours of Old Torrance (it’s an easy, but brisk walk covering eight blocks), you’ll get an... 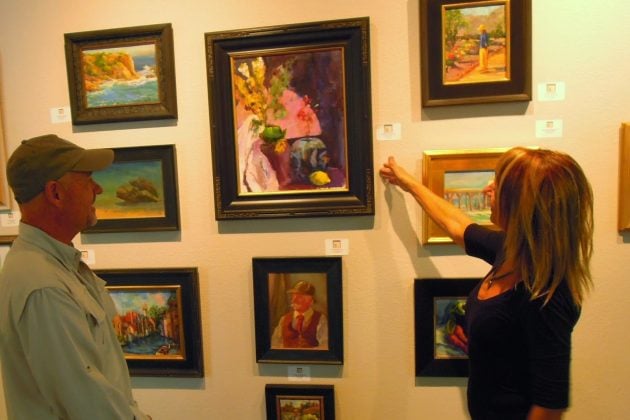 Destination Art celebrates local artists and shares the creativity and diversity of styles and media. Experience an exciting selection of...

A charming destination, Torrance’s historic downtown is populated with historic buildings – some fully restored to their former glory –...

Get immersed in the rich history of Torrance as you experience permanent exhibits, special exhibits, walking tours and special events...