Smog City has so many FUN things planned for their Anniversary Party, they can hardly contain themselves!  Never mind the dunk tank for charity, local vendor market, live music, double magnum raffles, special-edition T-shirts, and more, their team has also curated an awesome list of little-before-seen rare Smog City beers!

You’ll be able to try out some exclusive & vintages beers, such as:

Vintage bottles of Brix, Cuddlebug, and BOE + SO MANY MORE!

The party kicks off at the Torrance Brewery & Taproom at noon on Saturday, April 16th. 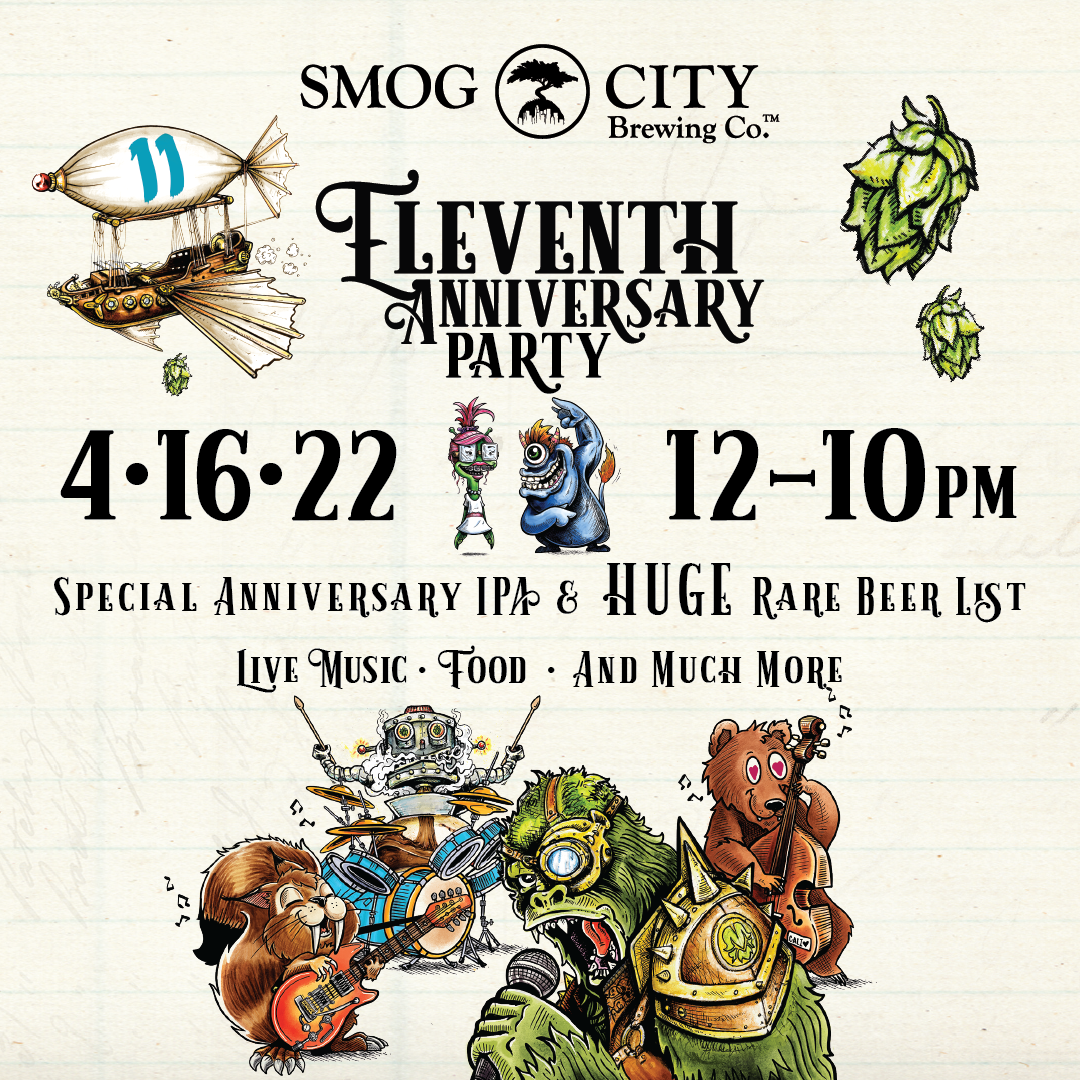